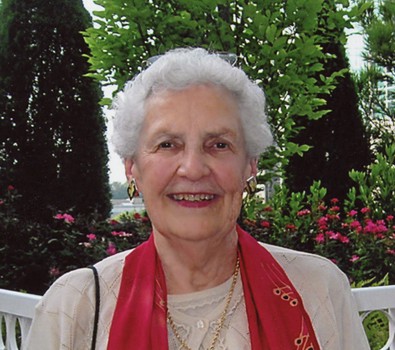 Composer, conductor, and teacher Alice Parker was born in Boston in 1925. She began composing early and wrote her first orchestral score while still in high school. Parker graduated from Smith College with a major in music performance and composition and then received her master’s degree from the Juilliard School, where she studied choral conducting with Robert Shaw.

Her life’s work has been in choral and vocal music, combining composing, conducting, and teaching in a creative balance. Her arrangements with Robert Shaw of folk songs, hymns, and spirituals form an enduring repertoire for choruses all around the world. She continues composing in many forms, from operas to cantatas, sacred anthems to secular dances, song cycles to string quartets. She has been commissioned by such groups as the Vancouver Chamber Chorus, the Atlanta Symphony Chorus, and Chanticleer. Her many conducting and teaching engagements keep her traveling around the United States and Canada.

In 1985, she founded Melodious Accord, Inc., a nonprofit group that presents choral concerts and sponsors workshops, symposia, and her many professional appearances. The Fellows programs have provided unique training for composers, conductors, and song leaders. She has made eleven acclaimed recordings with the Musicians of Melodious Accord, a sixteen-voice professional chorus. The group has received generous support from the National Endowment for the Arts, the Copland Foundation, and the New York State Council for the Arts.

Alice Parker serves on the board of Chorus America and was honored by them and the American Guild of Organists and the Hymn Society in her seventy-fifth year. Her techniques have encouraged a generation of music teachers and choral conductors to think about music and the act of conducting in new ways. No less an authority than Robert Shaw himself has said of Parker that “she possesses a rare and creative musical intelligence.”

Now a resident of western Massachusetts, Parker has published books on melodic styles, choral improvisation, and Good Singing in Church. Five videos show her work with hymns and folk songs. She is the recipient of four honorary doctorates and the Smith College Medal. For more about Alice Parker, see www.aliceparker.com.