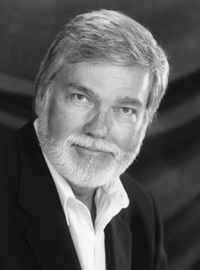 Edwin Penhorwood, a native of Toledo, OH, and a graduate of the University of Iowa, is a pianist, composer, organist, and vocal coach. He has taught in the International School of Zurich, Switzerland, at the Church Music Conservatory in Berlin, the University of Missouri, and Indiana University, and has accompanied singers and instrumentalists in North America and in Europe for many years.

Penhorwood’s songs have been broadcast by NPR, the Paris and Berlin radio networks and have been featured at Glimmerglass Opera, The Chautauqua Opera, the National NATS Convention, and Marilyn Horne’s 70th Birthday Celebration. Penhorwood’s compositions are published by Carl Fischer, Abingdon, Hinshaw Music, and T.I.S. Publications.

In 2000, T.I.S., Inc. published his songs and song cycles. T.I.S. also published Penhorwood’s comic opera Too Many Sopranos commissioned by the Cedar Rapids Opera Theatre and premiered in June 2000. Too Many Sopranos, now in its fourth printing, has been presented at the NATS Convention and The National Opera Association National Convention in New York City. The opera has received over 30 productions, most recently at The Baltimore Opera and Light Opera Oklahoma.

Penhorwood has edited two volumes of Vincenzo Righini’s vocal works for Southern Music. Many of these compositions received their American premières at the 2nd International Congress of Voice Teachers held in Philadelphia.

In 1999, the Indianapolis Symphonic Chorus, through the Lilly Foundation, presented Penhorwood with a commission for a choral work, The Christmas Story.

Penhorwood joined the faculty of Indiana University in 1993. He is the musical director of the Graduate Opera Workshop and has taught Accompanying. He is married to soprano Costanza Cuccaro.