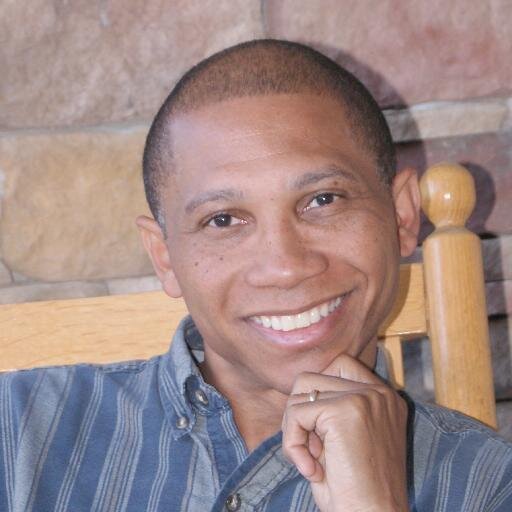 In addition to choral pieces, James has written for dance troupes and bands. He is a member of the American Society of Composers, Authors, and Publishers (ASCAP) and serves as an advisor to the Board of Directors for the Durham Children’s Choir. James guest conducts and lectures in composition, wind instruments, and the music business to audiences ranging from kindergarten through college students.

James’ late grandmother, Beatrice Banks Brodie, was Cherokee. However, James has had difficulty in finding his family on the Dawes Roll (or Final Rolls of Citizens and Freedmen of the Five Civilized Tribes, or Dawes Commission of Final Rolls). Beatrice married very young (17 years younger than her husband Lemuel, James’s late grandfather, who was black). Beatrice is listed as “black” on the census and it is not clear if it is because of her being such a young bride (and thus assuming the race of her husband) or because of the listed race of her father.

Beatrice’s father, Granville Banks, was listed as “black” on the 1880 census at the age of 12 (born “about” 1868, as per the census). Granville was listed as a “laborer” and was the youngest of a large number of people in the household. Granville also have a different last name from the others in the household. Granville appeared to be living with a family of sharecroppers/former slaves. It was illegal for Cherokee to live in such dwellings and James feels that perhaps Granville Banks is not his great grandfather’s real name. It is interesting that the county that is listed on the census is “Granville” County and the Tar River flows through where James’s family is said to have roots. The name Granville Banks seems more of a description of where James’s great grandfather lived rather than a true name, and may have been used to avoid discovery of the landowner breaking the law by having a Cherokee live and work in such a dwelling.

James’s first introduction to the Cherokee Language came when he was a young child. His grandmother would often sing Amazing Grace in her native language. Because of how his ancestors were listed on the 1880 census, James cannot be a member of the Cherokee Nation. One must prove that there is at least one ancestor with Cherokee blood. However, in James’s heart and mind he is proud of his Cherokee heritage and is doing whatever he can to help the Nation to keep the language alive through song.

James and his wife Becky live in Durham, NC with their two children, Alex and Emily.