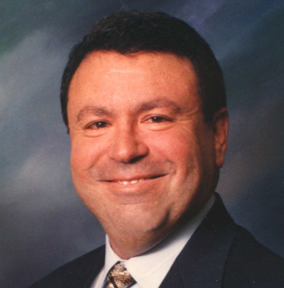 Martin Banner received his Bachelor of Music degree in Music Education from the Crane School of Music in Potsdam, New York, and earned the Master of Music degree in Choral Conducting from Temple University. As a clinician, he has presented numerous workshops, conducted choral reading sessions and participated in panel discussions at annual conferences of ACDA, the New York State School Music Association and the Music Publishers Association. Martin is a member of ACDA, IFCM and MENC. As an editor, Martin has had over 100 modern performing editions of choral works published, with an emphasis on sacred Latin choral works of the 18th and early 19th Centuries for combined chorus and orchestra. Most of these modern perfoming editions have been prepared from autograph manuscripts, located in national libraries and monasteries that Martin has visited during research trips to Vienna, Salzburg, Melk, Munich, Bologna, Venice, Padova and Lucca. Martin’s numerous choral editions have been widely performed throughout North and South America, Europe, Asia and Australia. These works have been performed at Carnegie Hall, Symphony Hall in Boston, the Harrowgate Festival in Great Britain and the Abu Gosh Festival in Israel, and have appeared on the programs of numerous All-State Choirs, the MENC All-Eastern High School Honor Choir, and ACDA Eastern, Southwestern, Southern and Northwestern Division Honor Choirs under the baton of some of America’s most distinguished conductors including Rodney Eichenberger, Anton Armstrong, Simon Carrington, Kenneth Fulton and Weston Noble.  All of these editions are available, in addition to the choral score, with orchestral score and instrumental parts, and are published in the catalogues of Hinshaw Music, Alliance Music Publications, Colla Voce Music, Roger Dean Publishers, Carl Fischer Music, Santa Barbara Music Publishing, Treble Clef Music and Lawson-Gould Music Publishers